Each year Grand Rapids Michigan hosts the annual industry organized event where fellow cider makers judge cider, perry, and meads by individual category. GLINTCAP is an opportunity to network and enjoy cider friends as much as it is an experience to come close to true cider perfection. It did not disappoint.

This year I was honored to be invited by the coordinator and take part in judging ciders from around the world. (shout out to my friend Ron Sansone from Cider Culture and Spoke and Spy Cider for making it possible)

The competition is organized by Eric West of Ciderguide.com and let me tell you it is quite the show. 2018 saw the most cider entries in its history, nearly 1,500. Each entry is recorded, labeled, boxed, and categorized by style. The ciders began arriving at VanderMill’s production floor about two weeks prior to the start of the event and continue up until the night before judging begins.

I only briefly saw the process unfolding and could immediately tell it involves a tremendous amount of work. My hat is off to Eric and his team for their commitment to this and for pulling off such a smooth event.

I arrived in Grand Rapids Tuesday afternoon, very excited, and a little anxious. I had never formally judged a cider competition. Some of my fellow judges have written books on the subject. Needless to say I viewed the entire event as a huge opportunity to grow my base understanding of all things cider.  The judges experience questionnaire I was asked to fill out 2 months ago was 10 pages long and detailed. I found it humbling. I know little about keeving, wild ferments, etc…

After landing I Uber’d straight to VanderMill and met up with my pal Monte from 2 Fools Cidery outside of Chicago. VanderMill Cider was founded by Paul Vander Heide, current President of the USCMA and legit host. How would I describe VanderMill? Holy shit! It’s awesome. My photos don’t do it justice. To start, the tasting room overlooks 14 fermentation tanks totaling over 100,000 gallons of juice. There’s also a HUGE 1960’s Cadillac just hanging out on the production floor space. I have no idea why a car is sitting in the middle of production but I didn’t ask questions because it’s badass. And of course I did take the opportunity to test out the drivers seat. Monte and I enjoyed the ciders and the staff comped our flights which was awesome of them. A special thanks to Paul for his hospitality. The event centered around his cidery and his space handles the ciders as they come in and get organized.

Next stop, downtown Grand Rapids to meet my best pal Scott Katsma from Seattle Cider. Scott was an early advocate of mine and he’s had a huge influence on me. From there the night becomes a little bit of a blur. What I can confirm is that I know that I smiled and laughed a lot and stayed out too late!

The official judges schedule started Wednesday morning at 7:30AM with the most rad bus ride out to what Michigonians call “the ridge.” About 40 of us joined the tour where we stopped at People’s Cider, Robinette’s Apple Haus, VanderMill, Ridge Cider, and Pux Cider.  The trip was amazingly informative. We could not have asked for a more beautiful day with blue sky’s and 75 degrees.  Each stop include a tour of the property, cider, and oddly donuts. Lot’s of donuts which unfortunately I could not part take in with my allergy. They looked amazing!  Does Michigan have a thing for donuts? Cideries there apparently do.

My favorite part of the day may have been talking with the orchard owners and learning more about the apple varieties that they’re using, planting, and managing. Cider apples are so special I get goosebumps thinking about all those little guys hanging on the trees. This time of year the orchards are in bloom. As we drove through the ridge we were surrounded by rolling hills of blooming trees with white flowers. They continued, seemingly forever. Speckled amongst the white fields were pink flowering trees. Perhaps one per one hundred. These are important pollinating trees used by the bee population to strengthen the crop. It was breathtaking.

The bus dropped us off back in town at 5pm with little time to spare for judges training and “calibration”.  The training was immensely helpful. Conveniently there was a Starbucks downstairs in the hotel but sadly coffee was off the menu due to it’s stringent qualities and the effects it has on your taste buds. I honored this rule until Friday morning when I started to crack under the sleep deprivation and wild ferments I’d been tasting for three days. No one told be about the coffee thing prior to arriving. But now I know what to be prepared for next year!  No coffee, no bueno!!!

After training a group of us (2 Fools, Seattle Cider, Blakes, Two Towns, Angry Orchard) walked up to Founders Brewery for dinner.  The evening was a blast. I was on fairly good behavior and ready for judging the next morning which started promptly at 7:30AM (Eric, can we discuss this?)

After shaking off the cobwebs I sat down at my first table of the day across from my fellow judges Emilie Sharboneau from Orginal Sin and Ben Watson author of several cider related books and official cider wizard. Gulp.  Drinking at 8AM?

From there it was off to the races. The next 6 hours we tasted, tested, and judged the most amazing ciders I’ve ever been around. That said, there were a few, uh hmm, interesting ciders submitted. During training the prior night our coordinator emphasized being kind. I reminded myself of this several times as I completed my judges scorecard.  In all honesty this process was teaching. With each cider I tried to be honest and respectful all the while being thoughtful of what the cider maker was attempting to do. Four 1.5hr sessions later…

The goal of the competition is to reward the entries on aroma, appearance, mouth feel, and over all design, not to be a jerk. At the end of the day the cider maker takes our feedback home and hopefully finds it useful on future ferments and recipes.  I’m looking forward to receiving my score cards in the mail next year and reading the feedback from my peers. And I’ll try my best not to significantly offend anyone with my ciders.

Even though some of the ciders didn’t hit the mark I have to take my hat off to the cider maker for pushing the envelope and pursuing the goal of creating something unique. Without their efforts cider doesn’t advance. And I certainly wouldn’t stay interested. Creating is so much of what we are doing here.

Thursday night was another fantastic time. I love my cider friends very much. We all come from different places and backgrounds. That said, we share the same interests and goals. Make great cider and learn as much as we can about the process. The conversation is a chatter land of questions, statements, laughter, stories, etc… all good stuff.  Perhaps most valuable is my appreciation for their willingness to share. Share about life, and share about cider. I can think of few things of more value than knowledge.

The details of Thursday evening are boozy and filled with positive vibes. I spent dinner with my inner crew at a pizza/beer joint. After grabbing a bite and gluten free beer I went outside and caught up with my Canadian friends who had a table outside. I sat down as the group was going around the table on each of their biggest fears. I was next. Mine was not to waste my time here doing something I didn’t enjoy doing and to be fulfilled. Pretty basic I guess. I was, am, and probably always will be grateful that apples came in to my life when they did. I blinked and two hours passed.

I ended up in a hotel room with the Canadian’s at a cider share that my friend Ryan Monkman hosted. Ryan is a cider maker, consultant, and friendly Canadian whom I met while in class at Cornell. He’s quite the guy and he too is chasing a similar dream. His cider, named Field Bird is crazy good. The northern spy single varietal was ridiculous. Ryan puts a personal poem on each bottle about his frame of mind during the making process. The poems are touching.

Great cider and more laughter. I decided to leave as Dave from Two Towns was taking things to the “next level.” I’ll leave it at that. It was 1AM. I crossed paths with the Canadians in the morning at breakfast. The party went on past 3AM. Yikes.

Friday came early, again, and it too was amazing. More cider from around the world. On my final judging table I sat with Helen of Weston’s Cider in Herefordshire England. We were justing the final class of modern sweet ciders. They were amazing. We have our gold, silver, and bronze medal together after agreeing on eliminating eight on the eleven ciders sitting in front of us. Helen is a 5th generation cider maker. Her English cidery dates back to 1880.  As we chatted about the royal wedding she pulled out several letters from her bag.  The letters were over one hundred years old and from her great grandfather who had exchanged trade with apple growers in New York and Ohio in his search for new relationships. Fascinating. I’m so glad we met and look forward to seeing Helen again one day in England on her family land.

The highlight of my trip may have been visiting Lake Michigan with Scott and crew. Friday after judging Scott, Ben, Bobby, Christine and I took off in the jeep and drove one hour west, ending up on a beautiful beach with fifty foot high sand dunes behind us. Not exactly what I think of when I think of Michigan for some reason. We cracked a few cans of VanderMill and talked about life. Walking out to the pier was so much fun. Scott came to this beach as a kid. He was jazzed to show it to us and I’m grateful that he did.

The remainder of the night was a blast. Everyone was hungry so we headed back out to VanderMill where I found my way back to the Cadillac for an epic photo op. Folks sorted through the remaining ciders and took away what they wanted. From there the evening continued on, and on.  So much so that when I got home at 3AM I was quick to set my alarm for 6:45 in order to catch a 9AM flight out.

That, um, didn’t exactly happen and I made it to the ticketing desk at 9:37. Oops.

$371 later I was back on track and set to be home at 5pm, just in time to link back up with Katie and head to Mount Vernon for a wine festival. Yay, more wine!!! My mouth was burning and my tongue felt like it was gone at this point but the Rose was very good. And it was very good to see my wife after being away.

Well, that’s GLINTCAP in a nutshell. Feeling jazzed and thankful. 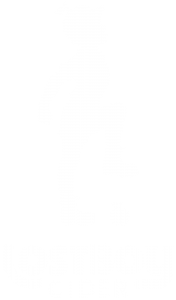